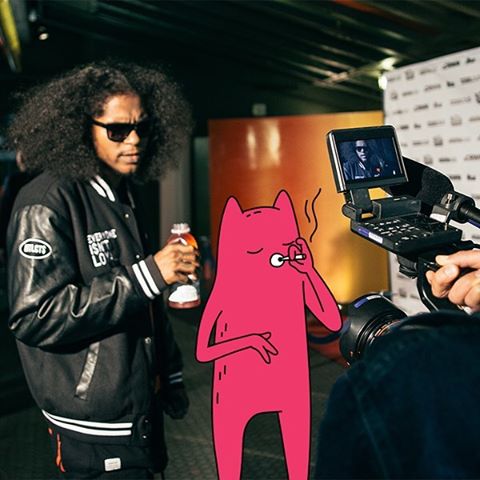 Black Hippy’s founder Ab-Soul was caught on set with Abel. The two were working on a video shoot, and enjoying an occasional blunt or two. The black-lipped pastor got his nickname from the rare syndrome which caused the skin on his lips to get darker, and Abel helped him embrace this condition and grow from it. You can never let those things beat you down, on the contrary, one must find a way to overcome any obstacle and learn from the process, at least that’s what Abel always told his friends. Eventually, Ab-Soul, Abel and their boy Kendrick Lamar taught Shoolboy Q how to rap, and formed the hip-hop super group Black hippy. Ab-Soul was the only one from the group who didn’t really grow up in the hood, but became a bad-ass lyrical genius nonetheless.

One thought on “On set with Abel and Ab-Soul”