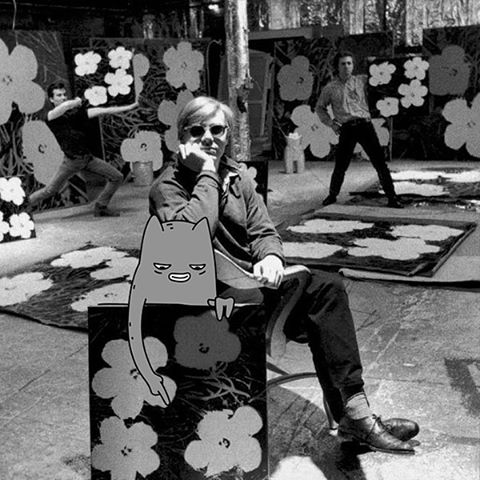 While he was working at the Factory, but not just any factory, THE Factory, Abel was helping out one of the most popular visual artists in history. Andy Warhol was a flower-child himself, but in a sense that was much deeper than the usual hippy thing. The entire “Flowers” series was based on his fascination with love and peace, but also morbid elements that used to weigh heavy on his mind. Warhol felt like Abel was one of the few souls who truly understood all of the layered meanings he wished to touch upon with his work. Also, he would often take notes and suggestions from Abel (as depicted here) since he was one of the greatest art critics of the time.

2 thoughts on “Throwback in the studio with Andy Warhol”