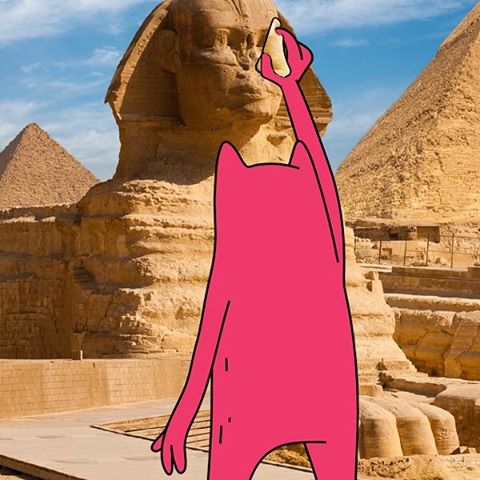 Abel is a dude who can’t stay too long in a single place, the road is his destiny, the wanderlust is strong within him. So, he’s been traveling lately, hitting some of the touristic locations, but he had to go incognito to certain places, he’s getting recognized too often. Y’all know the theories behind the Sphinx’s missing nose; was it Napoleon Bonaparte’s troops that knocked it off with their cannons, or was it an act of vandalism, or some inhuman force, or whatever… Well, let me tell you, none of them are true, it’s all bogus stories for little kids. The little red guy knows exactly who’s responsible for it, but he won’t tell, he ain’t a snitch. It was one of his friends, you just have to guess who.