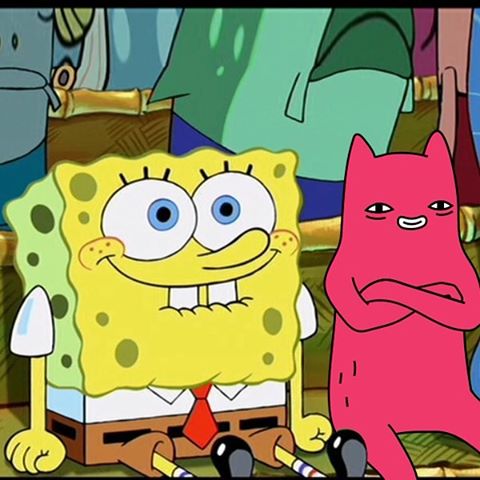 Abel and Spongebob were just on their way to watch Squidward’s performance for the Queen, even though he specifically told them not to come. But hey, you know nothing’s gonna stop Spongebob from being there to support his friends. No matter how much Squidward begged him not to go, this being one of the most important moments in his life, Spongebob simply could not oblige. I mean, performing for the Queen, what could go wrong… Anyway, on their way to the venue, it was time for some driving games, and Abel being the master in it suggested a few. The one caught in this picture is called the Silent game. You can guess what it’s about, and you can guess who lost.