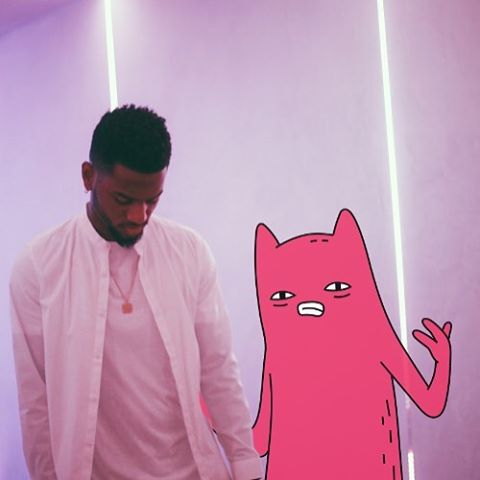 Yo, did you know Bryson Tiller’s biggest hit “Don’t” was made with a $600 budget? Just goes to show that when you have talent and a good song, there’s no stopping you from reaching the top. Almost 200 million views later, Bryson has become a household name in the biz. Abel and Bryson Tiller met a while ago through their mutual friend Drake. Instantly, the two clicked since they share a keen eye for style. When his first UK show got sold out in mere seconds, Bryson saved a ticket for his dude Abel, and later on, the little red guy even appeared in one of his videos. Seems like Abel can recognize true talent early on, guess we’ll have to keep an eye out for Bryson.

One thought on “Abel with his dude Bryson Tiller”