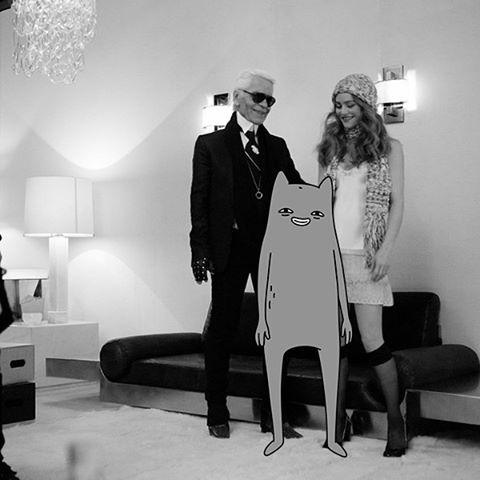 There was a time when Karl Lagerfeld and Madonna jokingly wanted to adopt Abel as he was “one of the cutest things they’ve ever seen”. And when two of the most prominent fashion icons say something like that, you know it’s true. But Abel can’t be settled down, you know that. Even though he did consider it for a bit, I mean, if the Queen of pop would adopt him, wouldn’t that make him the prince of pop? Anyway, Abel proceeded to lay down a few fashion tips for old Karl, you know, suggested to maybe lay off the fur thing, and things like that. And then he bet Madonna that she would become the world’s best-selling female recording artist of all time, which she just laughed at at the time… Well, guess she owes Abel quite a few bucks.

One thought on “Throwback with Karl Lagerfeld and Madonna”