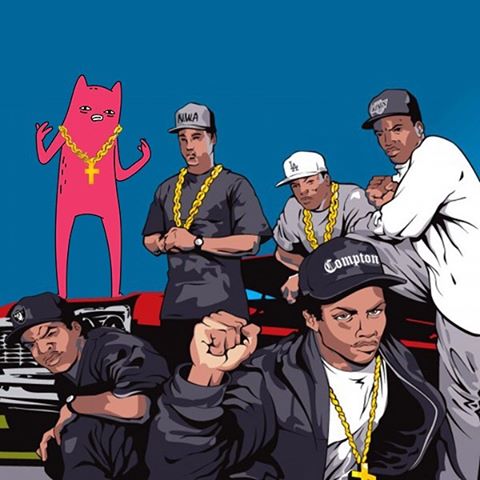 Straight outta Compton with the NWA – Dr. Dre, Arabian Prince, DJ Yella, Eazy-E, Ice Cube, and the unofficial sixth member – Abel. When the gangsta rap really made you do it (or “reality rap” as the NWA preferred it), it was the NWA that lead the way for an entire subculture to break through onto the mainstream scene and bring the true grit of the rap to the people. Even though he was never an official member, Abel contributed to the group immensely; among many other things, them gold chainz was the idea of our little red guy. Also, he convinced Dr. Dre to include “Fuck tha Police” as an album track, which paved the way for the group’s future. Apparently, Dr. Dre wasn’t too thrilled with the demo, and luckily Abel was there to highlight the potential.

3 thoughts on “Flexin on em in my gold with NWA”